TO BUY OR NOT TO BUY

You can’t eat a label but sure as eggs you can read one and it might help you decide whether you want to eat the food behind it. At Bohemian Mojo's FoodFight we’ve been talking recently about the contrast between GM or ‘transgenic’ food and heritage strains.

It’s our intention to discuss these differences more fully in the days and weeks to come. But the point where these quite radical differences meet are in the world of labeling and its in crisis.

Last July the United States flew in the face of world practice and the wishes of their home consumers when the House passed a Bill preventing individual states from requiring GM food to be so labeled.

Some 64 countries worldwide, including China and the entire EU, require GM content to be clearly displayed for the shopper. Why not?

Well big food and GM powerhouse companies like Monsanto tell us it’s completely safe. Indeed they do so with lots of patronizing huffing and puffing at our silliness for even questioning it.

Of course the reality is that they have no more idea whether it’s safe than we do and why would they when no long term studies of the effects of GM food on humans or the environment has been undertaken.

What rules there are were laid out by the World Health Organization, the Food and Agriculture Organization and the GM biotech companies themselves in the 1990’s. The safeguards they called for rely entirely on self-regulation and in-house testing of GM crops by those companies. They just have to keep an eye out for unusual toxins or allergens etc. Great. Well that’s okay then.

The seeds of GM crops are biologically engineered in the lab for traits like increased yield or enhanced vitamin levels. They’re also chemically manipulated to be resistant to the herbicides aimed at killing weeds growing near them. Specifically they are paired up with herbicides produced by companies like Monsanto who also breed the seeds.

The farmer has no choice but to buy the right seed and match it with lots of the right stuff that kills the weeds. He buys both from the same company. Bingo! A double whammy for the biotech giants!

Mankind has been selectively breeding cereals since they were first harvested in the Fertile Crescent 15,000 years ago. That’s different. It requires a great deal of observation and diligence and an almost instinctive knowledge of the soil and sunshine in a particular area – a French wine maker would call it the terroire.

Heritage or Landrace crop breeding doesn’t require the introduction of genetic material from bacteria non-vegetable species – bio-luminous marker genes from a jellyfish for instance. It’s evolutionary in nature and safe. 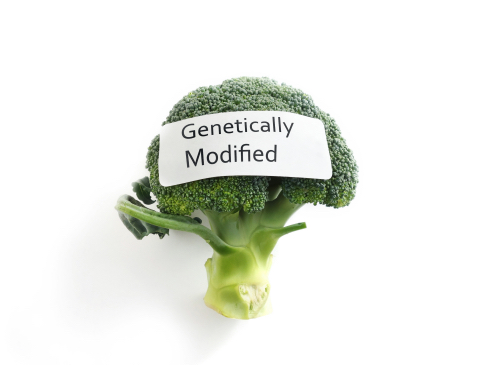 So something like 80% of all processed food in the US contains some GM material, mostly in the form of corn or soya beans. Meanwhile some 90% of American consumers would like that clearly marked on the labels of the food they buy.

Vermont will introduce a requirement for GM labeling in July this year. It’s the only State to do so but it’s sure to be challenged in the courts by Big Biotech in the light of the new Federal law.

The heart of the problem of course is choice. Labeling is confusing, it would result in an unworkable patchwork and it’s expensive say the companies selling GM. Well they would, wouldn’t they. What they’re really afraid of is choice. What haunts them is the stigma the GM marque might give to their products.

It’s fair to say a lot of consumers barely glance at the labels on food. If they do the letters GM might not bother them at all. But lots do examine food labels and it’s their right to be given the choice to buy or not to buy. By what right are we denied that choice?!?

It’s a right that goes with the fact that most of us live in towns or cities. Once upon a time or forefathers and mothers lived in more rural circumstances and knew precisely where their food came from and its quality. No longer so. Modern consumers can’t chat to the farmer over a gate. They can only rely on labels. 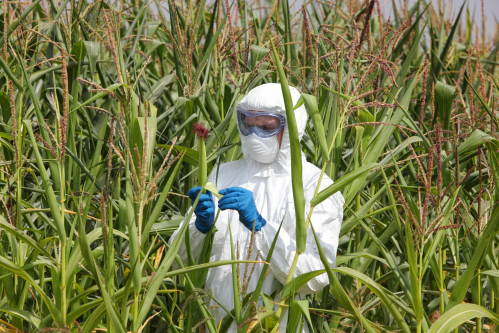 Anyway why are these GM producers so embarrassed? Why are they going to such lengths not to mark out their products? Surely they should be proud of the super-crops they assure us are so safe? What exactly have they got to hide?

Certainly those benchmark producers who grow high quality traditional cereals, produce heritage meat or cheeses lovingly crafted in particular regions are crying out to have their differences clearly labeled. They’re proud of the difference they make.

It’s ironic then that the secret deals being furtively drafted in the Ttip negotiations between the US and the EU will probably see European nations also banning the labeling of GM to allow unfettered American imports.

It will probably see labeling of excellence and region of origin swept away too so the big food processors will have fewer benchmarks of quality to put their efforts into such poor light.

At least that’s what most observers think will happen though of course we, the public, are not allowed to know what is going on behind the closed doors of a treaty being bargained in our names but with little regard for our wishes or interests.