The Problem of Packaging - Try this simple packaging test. Go to your local farmers market, buy some vegetables then watch the trader pop them into a brown paper bag. There’s something reassuring about seeing it flipped over to seal the pack with a twist.

Next stroll into your nearest supermarket and try to buy anything, really anything, that isn’t pre-wrapped in plastic. Even the bags provided for the limited selection of un-pre-packed veg will be a form of plastic. 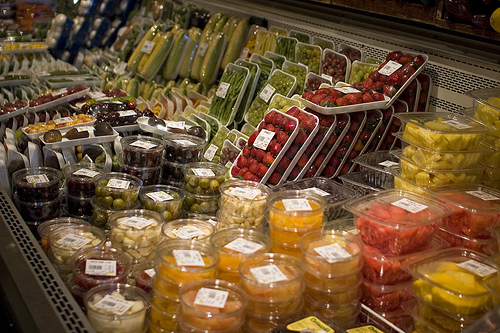 At Bohemianmojo we believe a most packaging is wasteful and a great percentage of it demonstrably toxic. That’s bad enough but we also believe the packaging of certain products, especially meat, creates a dissonance between the consumer and the realities of the food chain.

The waste self evident in the mountains of landfill created by packaging. Recycling is laudable but actually the recycling industry is the offspring of the wasteful use of packaging in the first place.

Here in the UK it’s the time of year when the art of lavishly wasteful packaging is on display with the Easter Egg bonanza for the chocolate makers. Two months to go and the confectionery shelves are groaning with the weight of eggs and, of course, their packs.

Eighty million eggs a year are sold with the paraphernalia of boxes, moulded plastic egg-protectors, ribbons bows and Lord knows what else. To be fair after a public backlash the makers have pared back the worst excesses but Easter still generates a 3000 tonne mountain of waste in Britain.

It’s not beyond the wit of man to come up with something less profligate but take another look at our modern food chain and you’ll discover the major packaging companies are an integral part of ‘Big Ag.’ 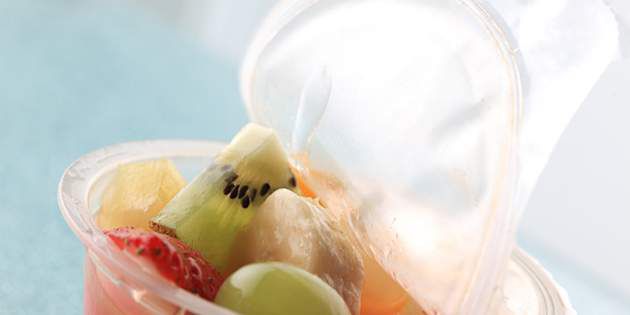 Gigantic DuPont for instance produces seeds, buys in harvested food, processes it and also controls the production of a massive proportion of the packaging used in this field to plate business. Why would they want to significantly cut packaging when that would cut their profits?

Not only the packaging industry uses plastics packed with toxins well known to migrate from packs into food. They come in various categories like EDC’s, endocrine-disrupting chemicals, which disrupt our hormonal systems.

EDC’s have been linked to breast cancer, prostate cancer, infertility, miscarriage, diabetes, obesity, learning disorders and autism. Quite a list.

Then there’s Bisphenol A (BPA); which the EU has banned in the manufacture of infant feeding bottles. BPA is used to make packaging plastics and the films used inside aluminum and metal cans and the lids of glass jars and bottles.

But a recent study concluded prenatal exposure to BPA responsible for 42,400 cases of obesity in four-year-olds in the EU. In other words the BPA ingested by a pregnant mother can disrupt the endocrine system of a foetus and condemn the child to obesity.

The same goes for adults who can find their metabolism altered by exposure to the class of chemicals known as phthalates. According to a shocking piece of recent German research exposure can pile on the pounds; especially in women. 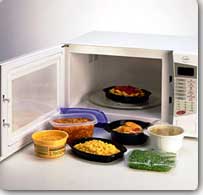 What else are these chemicals doing to our systems and what’s the long-term effect on the population going to be? It’s an alarming thought. So packaging creates waste and it creates cancer. It creates obesity and possibly changes to our DNA from the plasticisers it contains.

But on the Food Fight column we happen to think there is another dimension to the packaging problem. A moral and philosophical problem if you like.

A pork chop laid out on a piece of tissue in a plastic box allows the squeamish consumer to ignore the pig it came from. A vacuum packed steak is a far cry from beef on the hoof.

This is a massive disconnect from the food chain allowing us to consume without conscience. I am a meat eater but I know from personal experience where my meat comes from. I don’t waste it.

At least at a butcher’s counter the cutting of a carcass or the chopping of a joint reminds the consumer that we are indeed in a food chain where an animal has died so that we might eat.

The plastics in packaging may be toxic but so is that barrier between the consumer and the reality of the food chain.